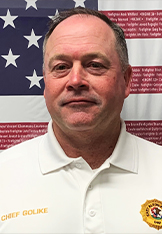 The East Alton Police Department has established an anonymous tip hotline. Although it is important for citizens to get involved assisting in fighting crime, the Chief of Police understands that some people are reluctant to identify themselves.

The tip line is provided by the East Alton Police Department as a confidential avenue for reporting information to police on criminal or suspected criminal activity while allowing the caller to remain completely anonymous.

When a citizen calls the Anonymous Tip Line, they can leave the information on a recorded voicemail system. Once a message has been received, the appropriate action is then taken.

Trash pick-up will be pushed back 1 day for all customers.

No recycle pick-up this week.